“He has been instrumental in erecting bridges between cultural communities and fostering goodwill and understanding.” -Former Prime Minister Stephen Harper​ 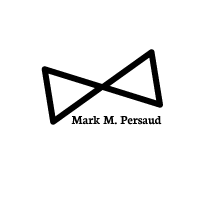 Please take your time to go through the articles below for excerpts and links to full articles.

Long before Mark Persaud became the Queen’s Golden Jubilee medal winning activist, the noted Toronto lawyer spent many trying days as a new immigrant on the streets of Toronto, homeless.

He opens up on the early days as an immigrant, his law career, why he is a patriotic Canadian and the reason why he is committed to peace and justice in Canada and abroad via the Canadian International Peace Project.

Mark , You have had a storied Canadian life. Tell us about your journey so far.

Turning adversity into a rewarding experience has become a way of life for Mark Persaud. In 1988, during a time of civil unrest, Persaud and thousands of others fled to Canada from his home country of Guyana. He was allowed to leave with $200.00 Guyanese which amounted to $80.00 Canadian. Sice he was not allowed or receive social assistance, he found himself homeless. The winter of 1983-84 was a particularly cold one and he was on the street for months before someone saw him shivering and insisted he go to the Scott Mission for help. Many shelters are filled with those with psychological and alcohol problems and can be frightening for refugees, says Persaud, but he was so cold that he put aside his trepidation. At the Scott Mission, he met Eileen Brown, who provided him with a jacket and food. She dedicated herself to finding ways to help the young Persaud the factors that were preventing him from integrating. Years later, when asked why she had paid particular attention to Persaud, Brown told him “because a lot of people I see have given up on life but I say that you still had that spark.”

Unlike the United States, where racial discrimination is generally accepted as a reality that must be addressed, in Canada we often believe that we don’t have any significant problem in regards to racial discrimination. However, repeated studies have established that racism in Canada is experienced differently by some communities – blacks and aboriginals feel very discriminated against. Whites perceive significantly less discrimination. Recently, the president of the Federal Public Service Commission of Canada, Maria Barrados, identified a very serious issue of workplace discrimination on the basis of race within the public service, which is unfortunately getting worse. This matter must no longer be ignored.

The federal Justice Department is forcing its managers to take diversity training, a move made public a year after a Senate committee heard scathing testimony alleging minorities are largely blocked from rising to the department’s upper echelons.

Miller, who leads the department’s employment equity initiatives, says, “We think that a diverse and inclusive organization is the best to promote excellence, and the excellence in legal services and excellence in legal policy.”Over 600 managers from across the country will take the workshops starting in May, says Miller. Members of the department’s advisory committees attended diversity workshops last November, and senior managers also received training in December, says Miller.

Allegations of racism at the DOJ cause a stir

Allegations to the Senate that visible minority lawyers are discriminated against at the federal Department of Justice (DOJ) when it comes to hiring, responsibilities and promotions has prompted a number of racialized DOJ lawyers to speak out.

Toronto lawyer Mark Persaud drew headlines last month when he told a Senate committee examining employment equity in the public service that racism was rife at the 4,800-employee department in 2003 when he left due to health reasons, after 10 years as a civil litigator and criminal prosecutor in Toronto.

Persaud, who told The Lawyers Weekly he has retained counsel to look into suing his ex-employer for constructive dismissal and abuse of authority, charged that the DOJ’s “poisonous, toxic culture” has spurred many visible minority lawyers to leave over the years.

He alleged visible minority lawyers have been subjected to systemic discrimination which makes them less apt than their co-workers to be recruited, mentored, promoted or get access to the types of files that help lawyers move up the DOJ career ladder.

REFLECTING THE CHANGING FACE OF CANADA: Employment Equity in the Federal Public Service

Long before Mark Persaud became the Queen’s Golden Jubilee medal winning activist, the noted Toronto lawyer spent many trying days as a new immigrant on the streets of Toronto, homeless.

He opens up on the early days as an immigrant, his law career, why he is a patriotic Canadian and the reason why he is committed to peace and justice in Canada and abroad via the Canadian International Peace Project.

Mark , You have had a storied Canadian life. Tell us about your journey so far.

I was a student activist involved in opposing the government at the time in my country of origin. Like thousands of others, I fled the civil and political unrest after the assassination of the leader of the political party I supported. The regime was also targeting all its political opponents. I came to Canada to seek safety. The plan was to stay in Canada and eventually join my family in the United States. We were awaiting American visas to immigrate there but I was at risk, so my family sent me to Canada. The regime in my country of origin only permitted us to leave with $200 (CDN$80.59).

How was it being an immigrant to Canada?

My immigration status in Canada did not allow me to work or receive any form of social assistance so I ended up homeless on the streets of Toronto. I spent many a winter night travelling on the TTC or in coffee shops to keep warm.

Two Years After the Persaud Case, Justice Canada is Before Tribunal for Discrimination in Employment
Center for Research-Action on Race Relations, Montreal, May 15, 2010 Two years after the case of Mark Persaud, a Toronto lawyer who publicly denounced the Ministry of Justice’s racist work climate, the department is facing allegations of systemic discrimination in employment in a case that could dramatically transform the hiring system at the Ministry and in the federal public service as a whole. In Yacine Agnaou v. Deputy Minister of Justice , to be heard by the Public Service Staffing Tribunal (PSST) next week, a Montreal lawyer is contesting a hiring criterion that excluded him from the selection process for three management positions at Justice Canada. The criterion, having recent human resources management experience in the federal public service has a discriminatory effect on members of disadvantaged groups such as visible minorities, Aboriginal people, people with disabilities and women, he claims. Read Full Article
Federal prosecutors’ Ontario branch rife with ‘tyrants,’ misogyny, review says
By Jacques Gallant, Legal Affairs Reporter Saturday, October 12th, 2019 A pregnant federal lawyer told by her manager she needed to stop having babies is just one complaint among many in an external workplace review of the federal prosecution service’s Ontario office. The partially redacted report, released earlier this month to staff at the Public Prosecution Service of Canada and obtained by the Toronto Star, paints a picture of an office where mostly white male lawyers get ahead, staff morale is low, lawyers are overworked and under-resourced, and managers are variously described as “tyrants” and “bullies.”